Triangulation: Caught in the Middle

I just posted a new Blog on what it is like to be "caught in the middle" and how you might avoid or extricate yourself.  Please see my blog: Encouragingyou.net

"Every morning is a new gift: a day that’s yet to be written. Do you plot a new course & author an epic? Or just re-read yesterday’s tragedy?"  by B. Dodge

I attended a conference during which a neuroscientist shared his research of the brain and how we are wired for connection.  He shared the findings of an experiment he conducted to determine the effects of social connection in people .  He set up an experiment where each time an ”X’ appeared on the screen, the participants would get a mild shock.  He divided the participants into three categories: #1) the participant experienced the shock all alone. #2) Each participant experienced the shock holding the hand of a stranger and finally #3 )each participant held the hand of his/her partner.  Those who held the hand of their partner fared the best. And second best was the hand of a stranger.  Worst was to have to handle things alone.

In fact he went on to say that that the risk of death from social isolation was as bad as that of smoking tobacco. He found from his experiments that our brain is basically wired for connection.  He further went on to say that when people were in social networks  they had lower levels of stress hormones, faster rates of healing, longer lives, and lower risk of mental illness.

Who would've known that those great "psychologists', the Beattles were really on to something when they published their song in the 60's!  So start holding hands with someone you love or become part of a social network!  It’s not only fun but also therapeutic for you !

Accountability is a form of protection.  It helps us see our bllind spots.  Who in your life do you choose to be accountable to?

I am currently preparing a talk for the staff at Life and Mission in Poland on the topic of “spiritual and emotional maturity”.

One of the  definitions of emotional maturity is being able to maintain your character regardless of how you feel or what situation you find yourself in. Spiritual maturity in its purist form occurs when one is totally surrendered to God. 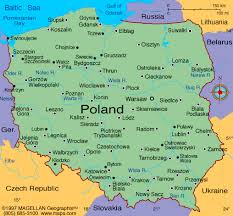